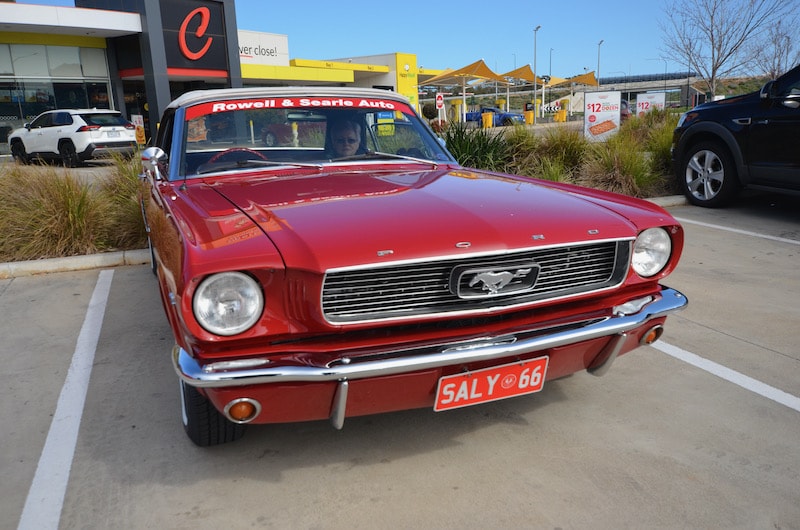 Twenty-Two members met at Krispy Kreme’s, Bolivar for a run to the Boatshed Café for fish and chips.

Some with their Mustangs and others with their daily drives as some had problems with their Ponies. (Presidents Pony didn’t want to start).

We travelled towards Wallaroo along Pt Wakefield Road through several long sections of road work and stopped at Pt Wakefield for a pitstop for those who needed it.

After about 10min we were on our way again over the Hummocks via the Copper Coast Highway to our destination of the Boatshed at the Wallaroo Jetty.

When we arrived we where met by four members, two who had travelled up the day before and two who arrived earlier in the day.

Orders were placed for lunch and as a group were able to have exclusive use of the cafe restaurant.

The meals were enjoyed by all. After the meal most sat around chatting until it was time to return home, for some.

Fourteen members had arranged to stay over on Sunday night at various locations and return home on Monday.

From comments made it seems every enjoyed the day.