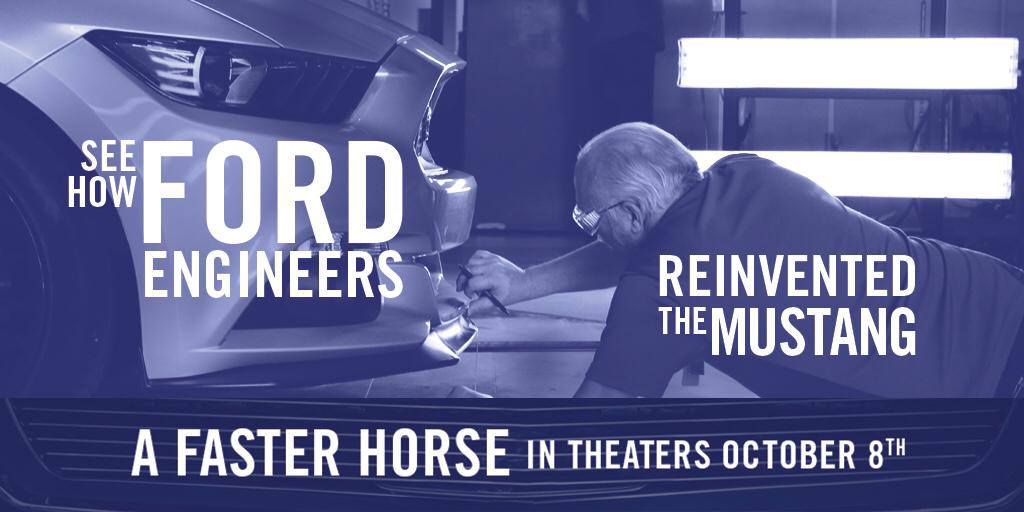 A FASTER HORSE tells the story of the Ford Mustang, one of the world’s most iconic and recognizable cars.

It follows the team entrusted with upholding the legacy of the brand in creating the 2015 model, now 50 years from the original release, while exploring the parallels that exist between past and present day.

The Mustang’s astonishing history is told through a combination of rare archival footage with Henry Ford II, exclusive access inside Ford facilities and the personal stories of former and current Mustang designers, as well as passionate fans and collectors. A pop-culture icon from its inception, the film also highlights the Mustang’s role in the likes of Steve McQueen’s Bullitt, Sean Connery’s Goldfinger and Wilson Pickett’s “Mustang Sally.” 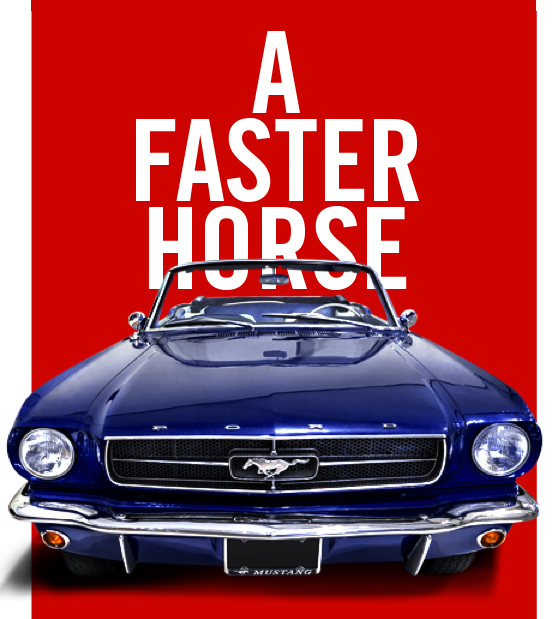 From Mustang clubs around the world, to the race tracks, assembly lines, and inner workings of an enormous automotive company, A FASTER HORSE chronicles everything it took to transform a small but courageous idea into an American legend.

Get it now on iTunes.