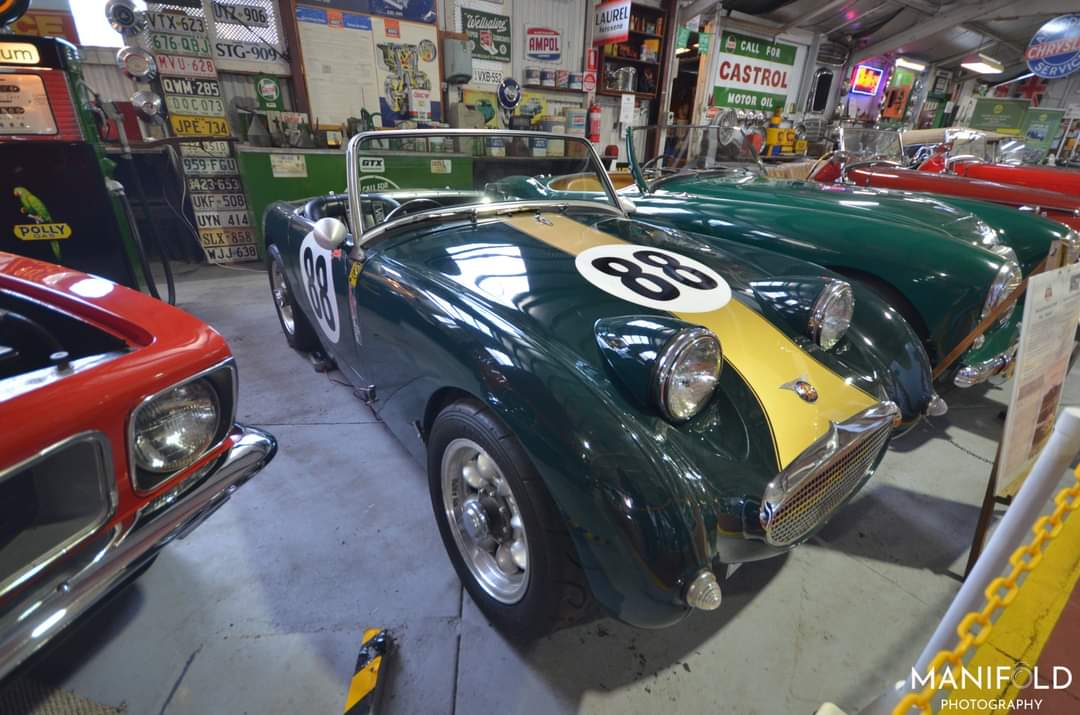 15 Members met at Willshire Motor Trimmers for a run to Gilbert’s Motor Museum followed by lunch at the Commercial Hotel.

The weather forecast for the day was not promising but to everyone’s surprise the sun was shining and no hint of the weather that was predicted.

At 10 o’clock 5 Mustangs and 2 daily drivers headed off and travelled along the SE Freeway to Callington and onto Strathalbyn where we met the other fifteen members at the Museum.

On arrival at the Museum one of the Museum’s volunteers was there to greet us and keep the carpark free for us.

After some chatting in the carpark, it was time to explore the Museum. A couple of the ladies took the opportunity to go antique shopping.

There is a very interesting and varied collection of cars, motorcycles and motoring memorabilia to be seen. One being a Left-Hand Drive HR Holden that was exported to Hawaii in the mid sixties.

The volunteers said that the display is constantly changing.

One member took a liking to a particular GMC Ute with an Indian motorcycle in the tray. If he had had his Mustang with him on the day, he would have offered them a swap, but I do not think Annette would have been happy.

On entry to the Museum library there was a very distinguished volunteer in the name of Glen Dix chatting to our members and members of the Gawler Car Club who happened to visit the Museum at the same time as us.

In discussing about the construction of the Adelaide Grand Prix Circuit in 1985 I was able to confirm with Glen the repainting of the kerbs overnight to conform with the FIA colours as they had been painted the wrong colour.

After exploring the Museum, it was time for lunch across the road at the Commercial Hotel where we were well looked after.

The meal was very enjoyable along with good company.

After lunch some of the members ventured around to Collectable Classics in Rankine Street following an invitation, on Saturday night, from Ben Finniss to view his collection of vehicles for sale.

I would have liked to park the Cobra, he had for sale, in my garage, but I was told that we have no room for more cars.
It was a great outing which was enjoyed by all who attended.

PS. The Weather did hold off all day.