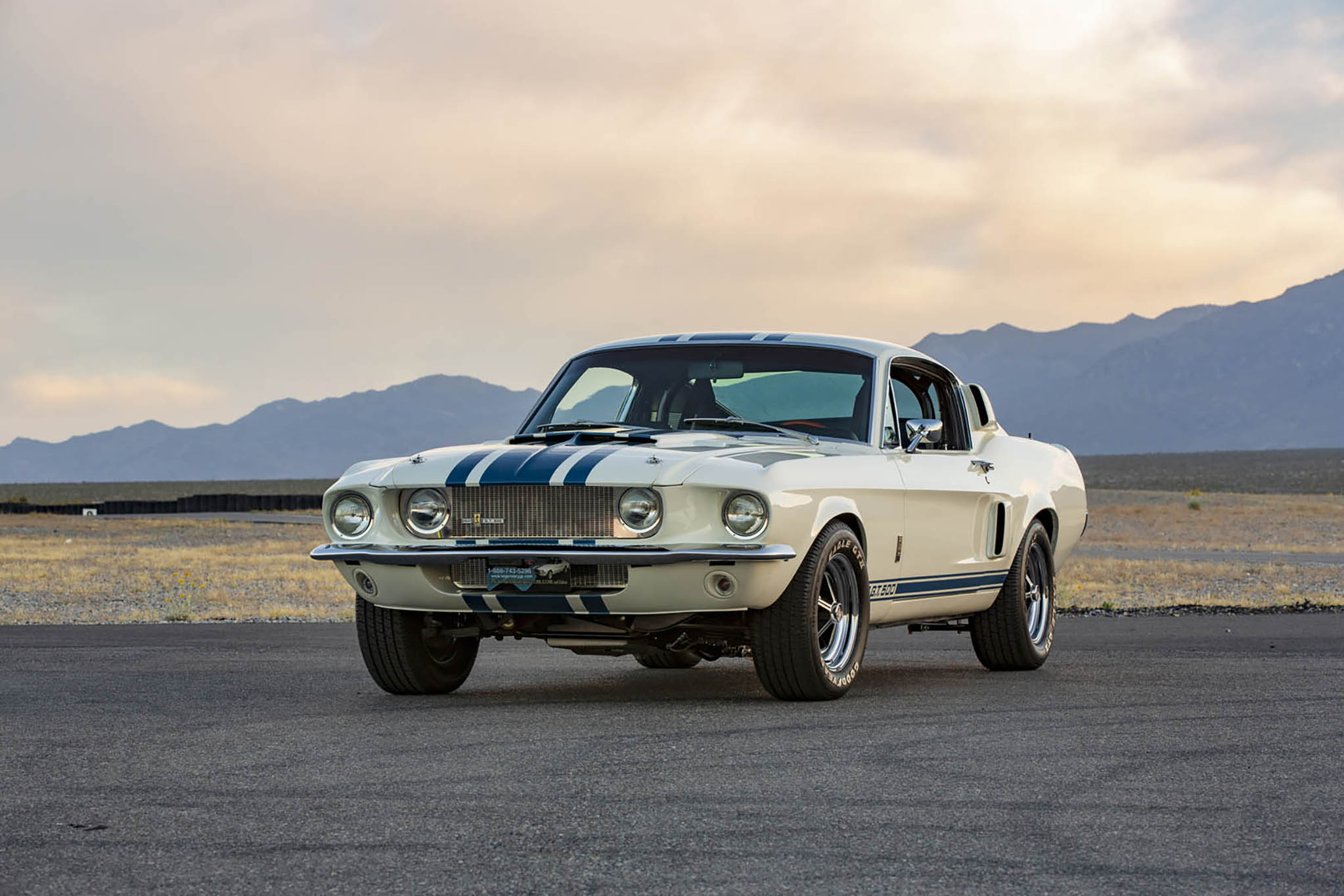 A legend has been reborn as executives with Shelby American, Inc., today reintroduced the 1967 Ford Shelby GT500 Super Snake muscle car during a press event at Carroll Shelby International in Gardena, California. The 1967 Shelby Super Snake continuation cars will use 1967 donor Mustangs and include a Shelby serial number for the official Shelby registry. Only 10 fastbacks will be built, each with original signatures by Carroll Shelby and Don McCain who spearheaded the program in 1967.

“Shelby American’s line up of vehicles today is the most diverse in our 56-year history,” said Joe Conway, CEO of Shelby American. “From high-tech modern muscle to off-road super trucks, track day thrill rides and heritage cars like the continuation 1967 Shelby GT500 Super Snake, we offer something for everyone who wants to be best in class.” 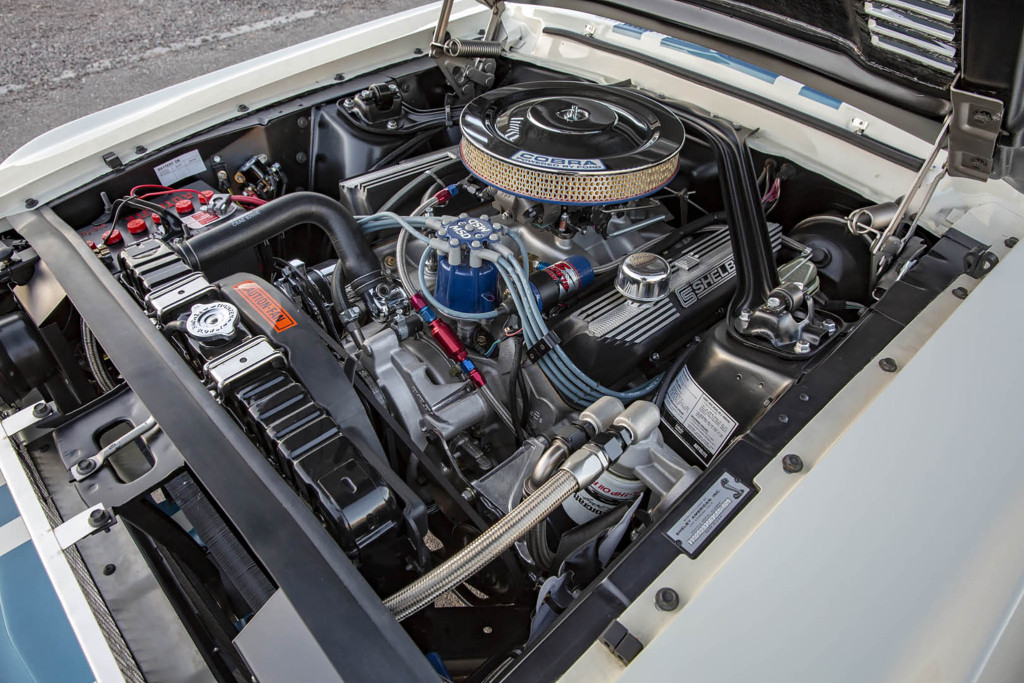 Over the last several years, Shelby American has broadened its lineup in response to customer demand. The company introduced the 1968 Shelby Continuation GT500KR earlier this year and now it is returning a legend to the stable. The continuation cars are built to order in Pennsylvania for distribution through Shelby American.

“We’re fulfilling the dream of Carroll Shelby and Don McCain,” said Shelby American president Gary Patterson. “Shelby built an engineering study dubbed the ‘Super Snake’ for high-speed tire testing by Goodyear in 1967. When that successful test ended, Shelby American offered it to Mel Burns Ford in So Cal to retail to the public. Former Shelby American employee Don McCain approached Shelby about doing a limited run of cars. They carefully studied the idea but sadly, the timing did not work because the car was too expensive. The program never came to fruition, until now.” 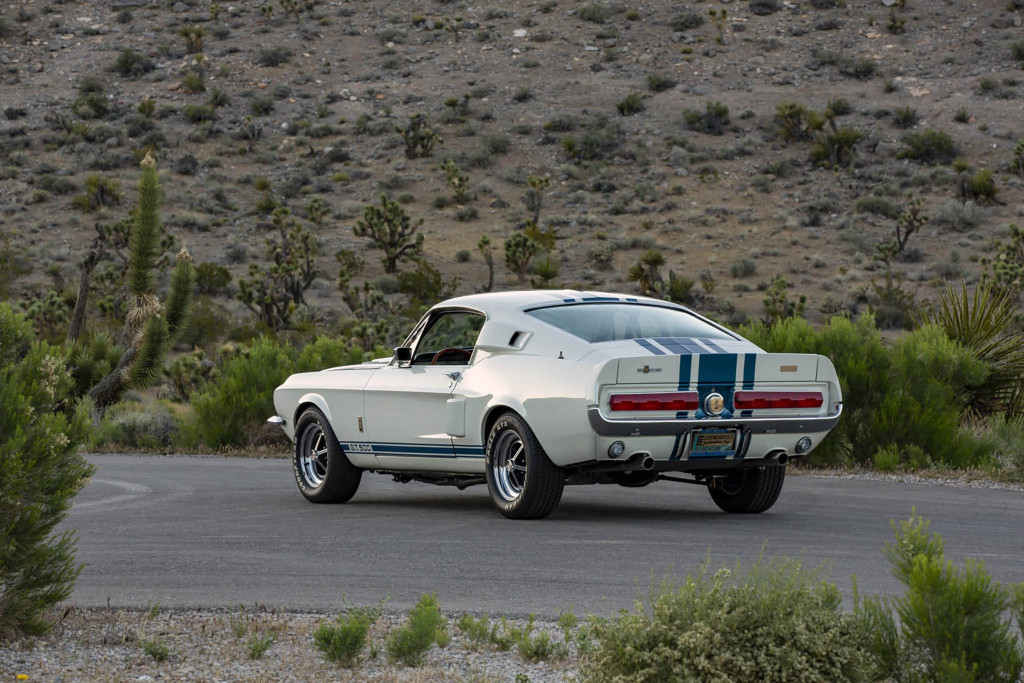 Debuting for the media at Goodyear’s San Angelo, Texas, test track, Shelby personally took the wheel of the Super Snake and was clocked at 170 mph. After turning the car over to Goodell for the 500-mile test, the Shelby Super Snake set a new top speed world record for its class.

The Super Snake was an expensive vehicle, which discouraged McCain and Shelby from continuing the program leaving only one built by Shelby American. The one-off prototype changed hands a few times over the years. Most recently, a collector paid over $1.3 million for it.

Fifty years later, the company will complete Carroll Shelby’s “unfinished business.” Another 10 of the muscle cars will be offered to enthusiasts worldwide.

A race-inspired big block V-8 remains the heart of the car, as the Continuation Shelby Super Snake is powered by a 427ci V-8 from Carroll Shelby Engine Co. making over 550 horsepower. Both aluminum and cast-iron blocks are available, backed by a 4-speed manual transmission. Just like the original, the cars will have disc brakes and the famous triple stripes. Before his passing a few years ago, McCain was deeply involved in the Shelby engine program and promoted the idea of a rebirth of the Super Snake program. He signed ten dash plaques for the cars, as did Carroll Shelby.

Patterson and the McCain family introduced the car to the media today and will again to enthusiasts during the Carroll Shelby Tribute event on Saturday, May 19, at Carroll Shelby International in Gardena. The event will include a car show, vendors, autograph session, adult trike races and more.