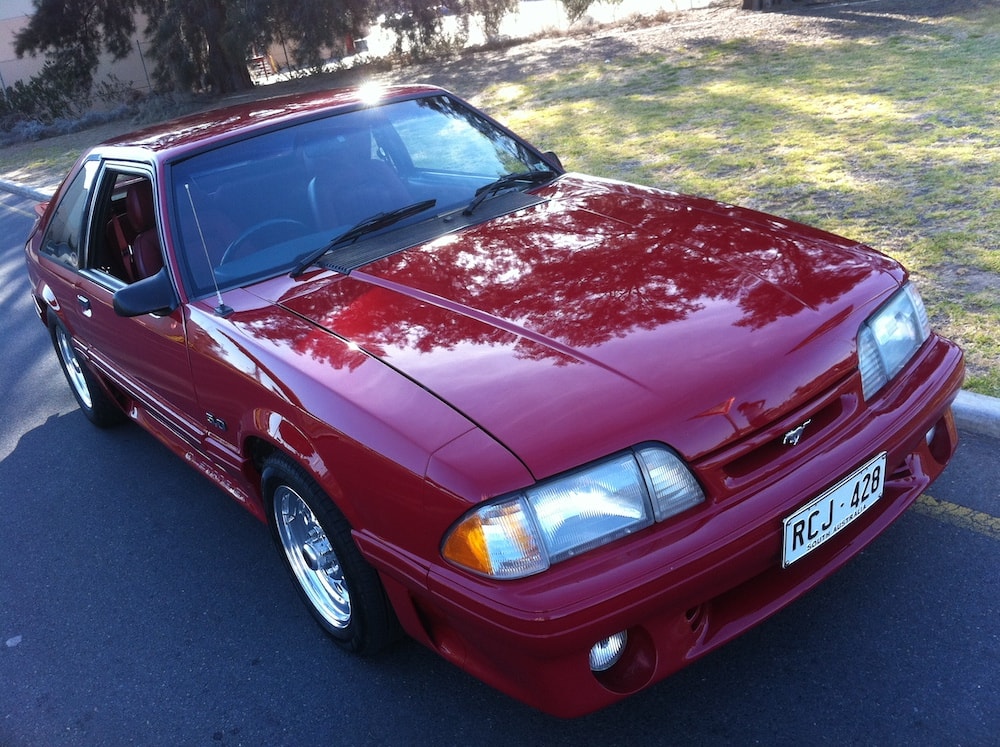 As automakers got a handle on emissions tuning, real performance returned to the Mustang line up. An improved 2.3-liter turbocharged engine returned for 1983, along with the first convertible Mustang in a decade and a new 3.8-liter V-6 to replace the old straight-six. The V-8 was up to 175 hp. In 1984 came the limited-run Mustang SVO, with a 175-hp 2.3T engine (later 205 hp) and a revised suspension featuring Koni adjustable shocks. The new-for-’85 5.0 HO (High Output) engine delivered 210 hp, and in 1986 it swapped its four-barrel carburettor for multi-port fuel injection and 200 hp.

When 1987 arrived, it brought a stunning redesign that featured Ford’s aero-themed styling, with flush headlights and a new interior. The V-6 was dropped, leaving two engines and two models: The economy-themed Ford Mustang LX and the flashy V-8 powered Ford Mustang GT, with its lower-body side skirts and louvered taillights. While most LX cars had the 88-hp, 2.3-liter engine, Ford made a stealthy LX 5.0 that combined the V-8’s 225 hp (205 hp after 1988) with the LX’s tame looks. Without the extra 200 pounds of body cladding, it had a performance edge over the GT.

Sales began to decline after 1989, and with a new Mustang in the wings, changes were minor. In 1993, Ford gave us a going-away present: The SVT Cobra, with a highly-modified 235-hp

V-8, Tokico shocks and struts, and less aggressive styling than the GT. The race-ready