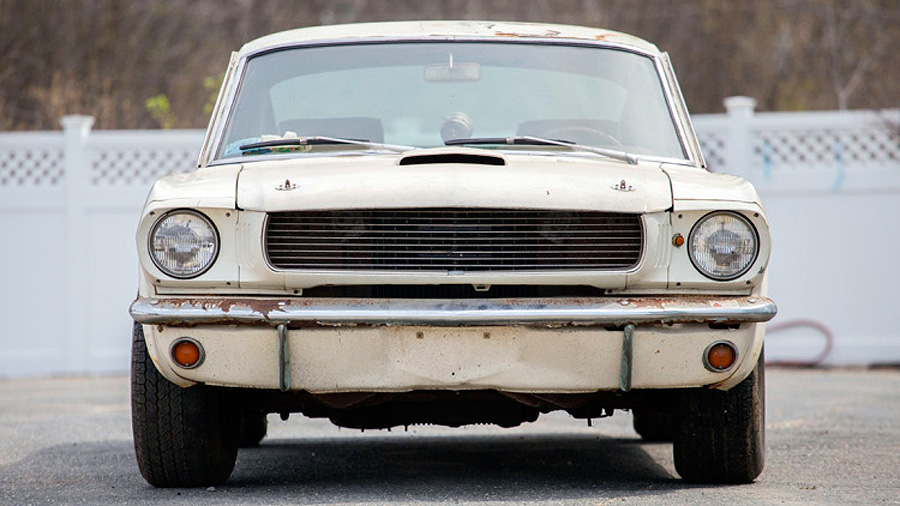 At the Bonhams Greenwich Auction next month in Greenwhich, Connecticut the purest Shelby GT350 in existence will go under the gavel.

It started life as a demonstration car for a Ford dealership in Framingham, Massachusetts with the occasional race thrown in. The car was sold in 1976 with 55,000 miles on the clock, where it was promptly driven into storage and left unmolested. 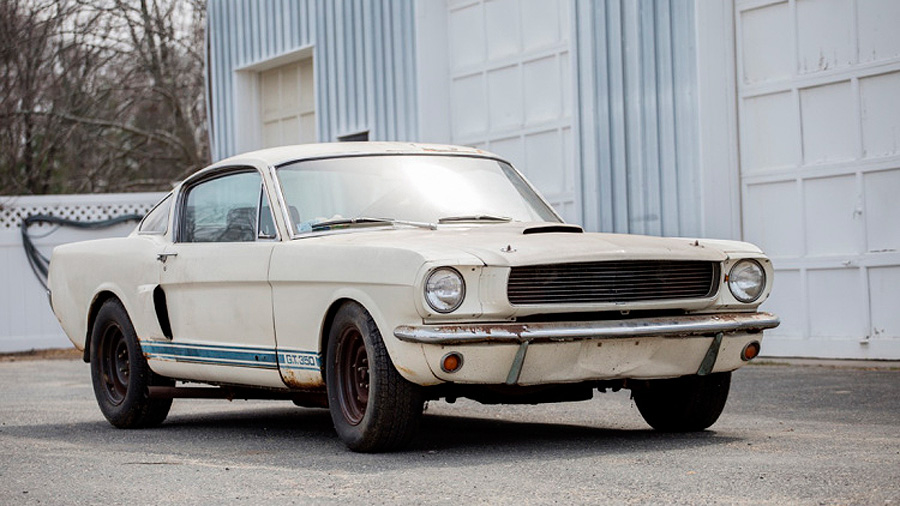 The car actually holds “carryover” status, meaning it’s VIN and mechanicals are from 1965 but it wears 1966 styling.

When it goes to auction June 5th it will be presented in “as found” state, a true time capsule with the most gorgeous patina you could hope for. If you ask me it’s an excellent candidate for the sleeper treatment, screw the trailer queens. Not literally of course. 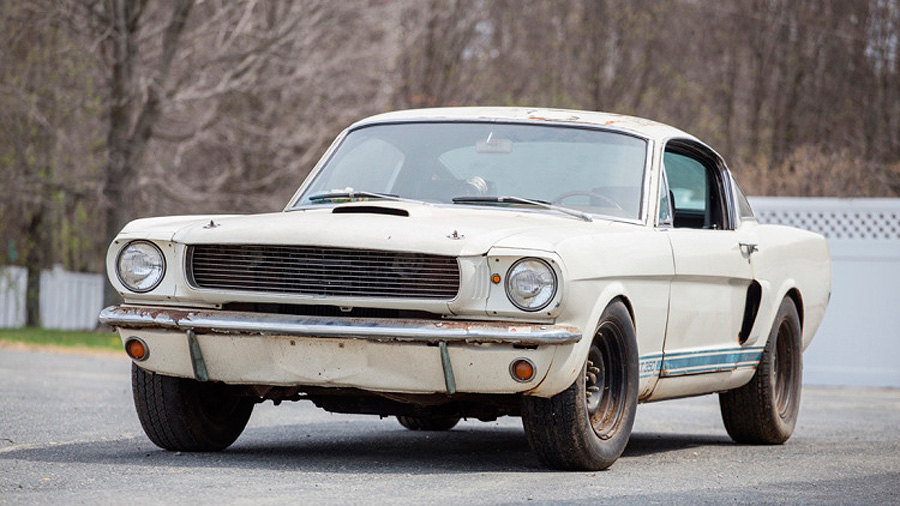 Included in the sale are it’s original Cragar Shelby mags and every service receipt and document from the cars past. 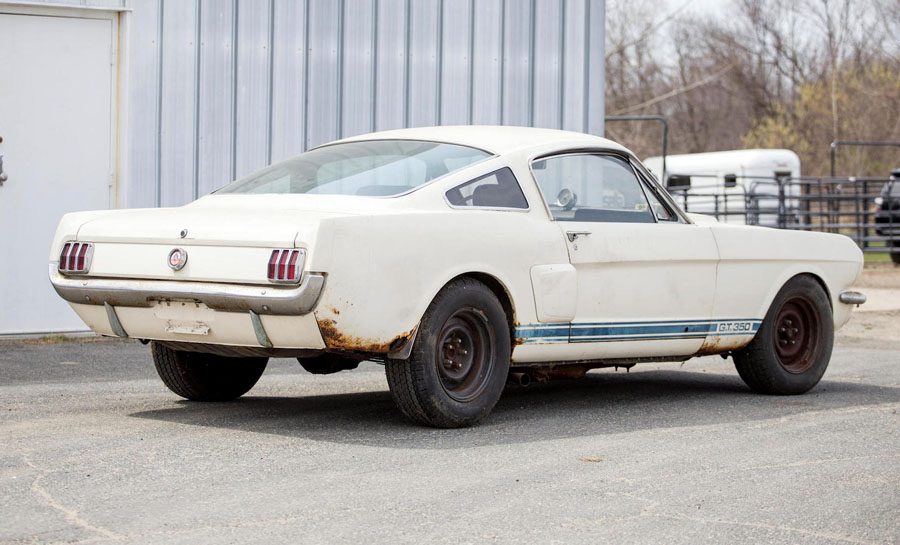