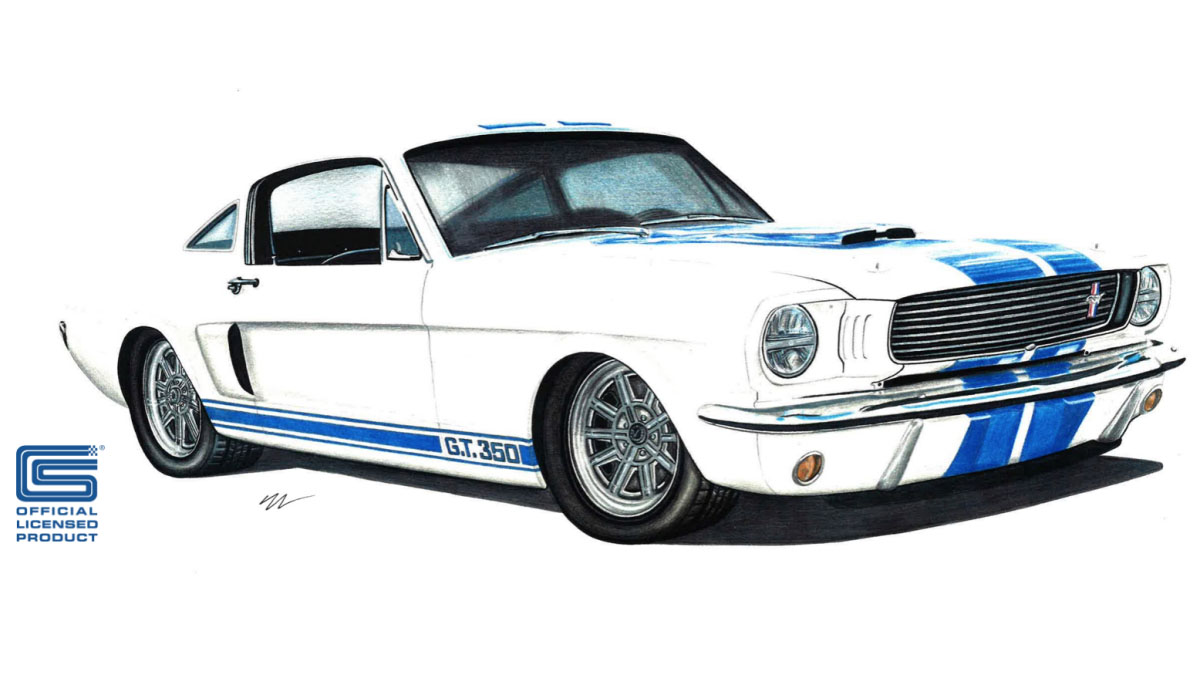 Orlando, FL – On the heels of launching the world’s first replica Mustang, Revology Cars, the Florida-based specialty automobile manufacturer, will soon be producing licensed replicas of the rare and highly desirable Shelby Mustangs.

Long revered by collectors, the Shelby Mustangs represented the pinnacle of Mustang performance in the 1960s. With the Shelby Mustang replica, Revology will follow its proven formula. “We carefully integrate modern technology to improve performance, reliability, durability, fuel economy, safety, and comfort,” says Tom Scarpello, president and founder of Revology Cars, “while retaining the essential character and style of the original design.”

The original Shelby Mustangs were essentially race cars for the street. With unassisted steering and brakes, and lacking creature comforts such as air conditioning or power windows, those cars were exceptionally performance-focused. By contrast, the Revology Shelby Mustang will leverage modern technology in order to deliver all of the welcome features of modern cars, with even better acceleration, braking, handling, safety, fuel economy, and lower emissions than the original.

“We are excited about the opportunity to produce licensed replicas of the Shelby Mustangs,” notes Scarpello. “To a Mustang enthusiast, the Shelbys are special, even mythical. It is a big responsibility to recreate these iconic vehicles in such a way as to retain their unique character, yet make them fully modern and enjoyable to drive.”

Shelby has long represented the performance pinnacle of the Mustang brand. It all began when automotive legend Carroll Shelby was approached by Ford and asked to make the 1965 Mustang a performance racer. Ford had seen the success Shelby had made of the Cobra, and hoped he could work similar magic on the new Mustang. Shelby accepted the job and began work on the very first Shelby Mustang in August of 1964.

On January 27th, 1965, the first Shelby Mustang, a 1965 Shelby GT350, made its public debut. By February of that same year, a race-prepped version of the car, the Shelby GT350R, had already won its first SCCA race competing against Corvettes and other sports cars. It wasn’t long before people began to associate the name Shelby with Mustang performance. Shelby created 562 GT350s in 1965. In 1966, Shelby continued the GT350, and added a new model, the GT350H. The GT350H was built for rental car company Hertz, which purchased 1001 cars and put them into service at rental car locations all over the U.S. Today, well-restored original 1966 GT350s and GT350Hs regularly bring $150,000-$190,000 at auction, while the rarer 1965 models are worth even more.

Revology plans its public reveal of the 1966 GT350 and GT350H replicas next spring. Are there plans for additional models? Says Scarpello: “It won’t happen overnight, but you can expect us to roll out a complete lineup of Shelby Mustang replicas over time.”

With the addition of the Shelby Mustangs, Revology now offers a complete lineup of replicas of the original 1964 ½-1966 Mustang. Complete information, including pricing, can be found on the Revology website at www.revologycars.com

Mustangs on The Move Days Out