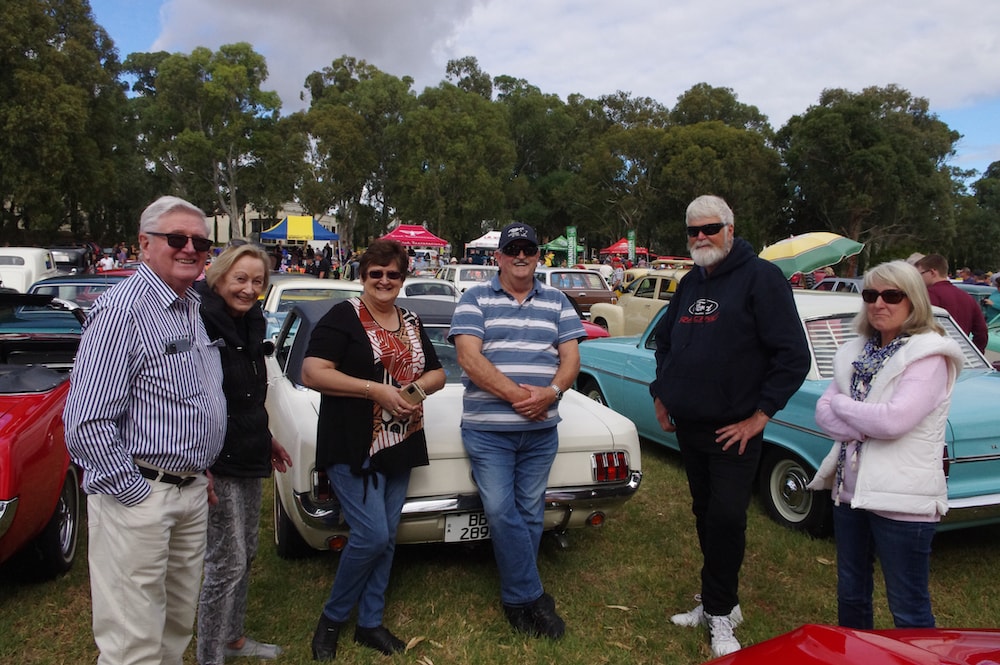 On Sunday 18th April club members met at Castle Plaza shopping Centre car park at 0800hrs to travel as a group at 0815hrs to Serafino Winery via the Southern Expressway for the street parade at 1100hrs through McLaren Vale as part of the Vintage and Classic Festival.

Five cars met at Castle Plaza and cruised the Southern Expressway, onto Main South Rd and into Victor Harbor Rd to McLaren Vale.

As we passed the Info Centre Dean Bowden joined us as we made our way to Serafino Winery.

Upon arrival we were directed to our formation point for Hardy’s Wines along with other members that had previously arrived.

Once we had all parked it was time to wander around and view the 500 classic cars entered for the event and to collect our goodie bags. Coffee and food was available for those who needed it.

The parade of classic and vintage vehicles started at 1100hrs through McLaren Vale. The main street was packed with people to watch the parade in numbers I had not seen before.

There were a good number of mustangs present but only around 20 went to Hardy’s, along with Chev’s, Corvette’s and Pontiacs.

Once parked we headed off for lunch and to watch and listen to the entertainment.

After a cloudy start to the day the weather turned out fine although Kim McPeake said he came through heavy rain around Beverly on his way to Castle Plaza.

All in all it was a great day