Each year the American GM Drivers Club organises a great event at Tilley Reserve and each year, regrettably, the weather is usually the key topic when we look at attending. In recent years temperatures have been predicted to be in excess of 38C so MOTM was well prepared this year, advising members we would ‘cancel the club run’ if the Adelaide forecast was for 38C or higher.

We were well prepared, having taken the club gazebos and arranged our preferred spot with the event organisers. (Thanks to Kym and Clint for your help with the gazebos.) The forecast was for a mild 22C and there was mention of a “slight chance of a very light shower.” Then, all of a sudden, ‘someone’ looked at the calendar, obviously realised it was ‘All American Day’, thought “They can’t have mild weather” and issued instructions for the Heavens to open. 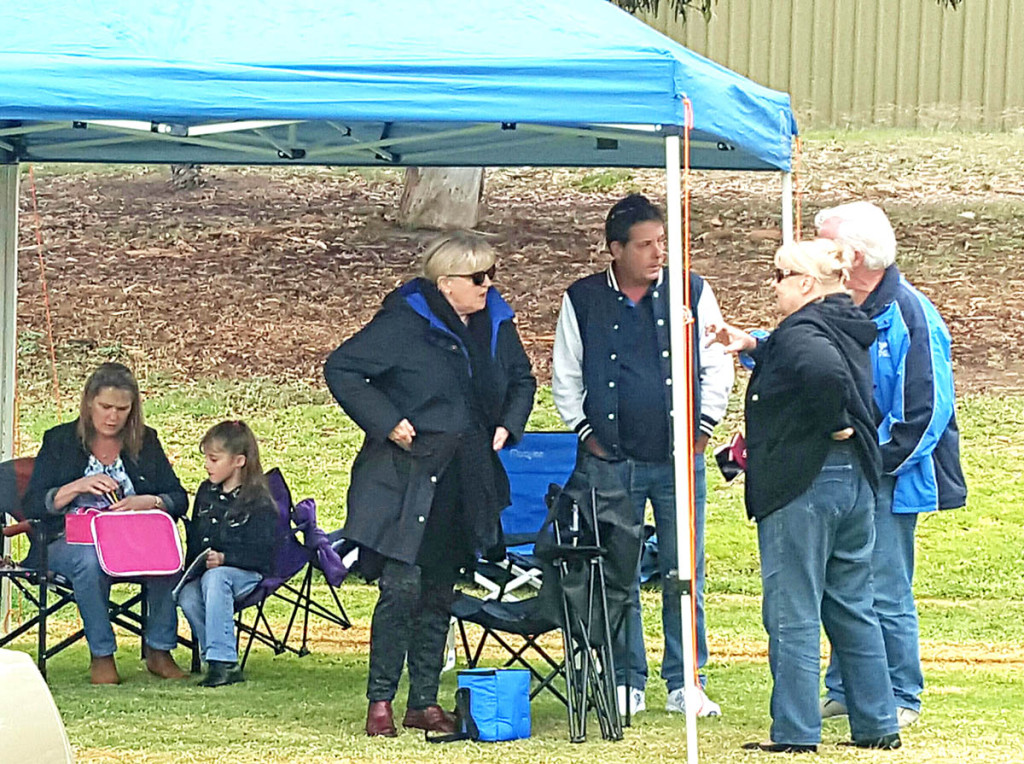 Five ponies from the deep south turned up at Spotlight, Edwardstown, hoping the light drizzle that was falling there would bring good fortune and clear up by the time we reached Tilley Reserve. Even for tall drivers, finding the wiper switch on the old Mustang makes you appreciate so much more the switch on the steering column of modern cars and we all agreed that intermittent wipers are a real luxury item. I fear I must have given the wipers too much thought because, the nearer we got to Tea Tree Plaza, the less likely it was that intermittent would have been an option. The wipers were well and truly working full time.

The five Southerners were delighted to meet up with 8 more Mustangs at TTP and they respectfully noted the advice of the owners from out North who assured them that the rain showers would pass. Technically that advice was correct but what we hadn’t allowed for was those showers developing into rain.

All of a sudden the gazebos took on a whole new importance, with the group clearly appreciating protection from the elements, excluding wind. It was amazing the number of motoring enthusiasts in our group who brought out a chamois after each shower! That enthusiasm waned with each passing shower and we established that there are only so many times most will chamois a wet Mustang before they run out of interest (and energy.) 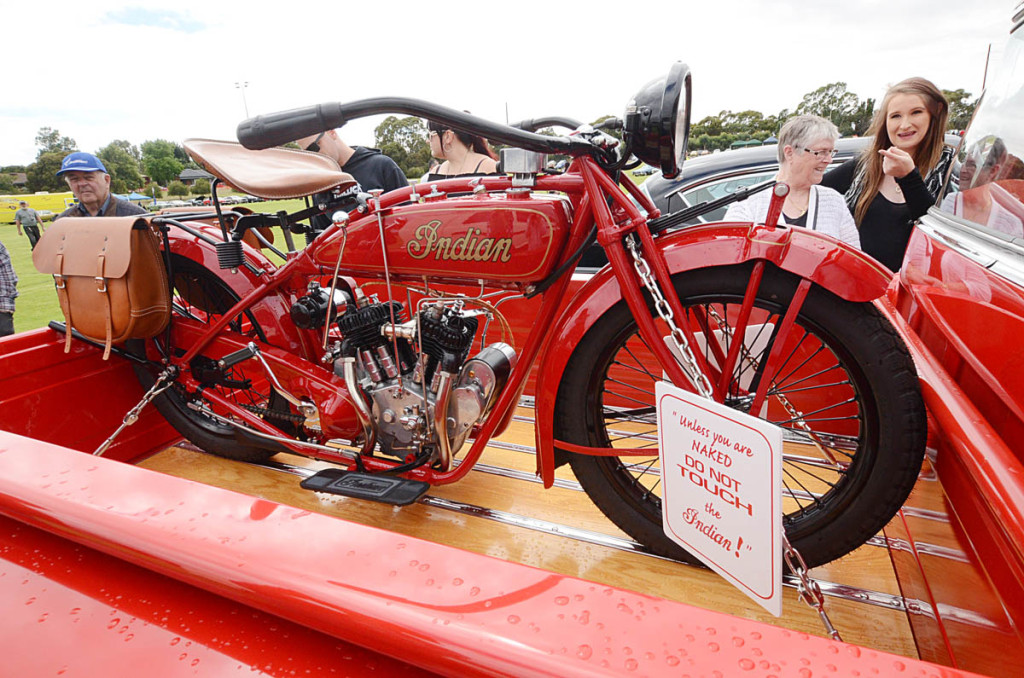 It was also evident that the American car fraternity loathes wet weather more than scorching heat. The turnout was, sadly, the lowest in the past 4 or 5 years. This was unfortunate as it is such a well organised event, staffed by many volunteers from the American GM Drivers Club. While the oval was only half full, it was still a fun day with very nice and unusual cars on display.

We hope more MOTM cars will join us next year and we’ll prepare for everything – who knows, it may even snow in Adelaide next February. Personally, I’ll be putting my money on HEAT for 2018. Reports of some funny moments did filter back (take our club member and the Hamburger Lady who enjoyed an exhaustive debate on how anyone could run out of eggs at 10am on a Sunday.) A sincere thank you goes to members (and loved ones) who were kind enough to bring their cars out on such a murky day. 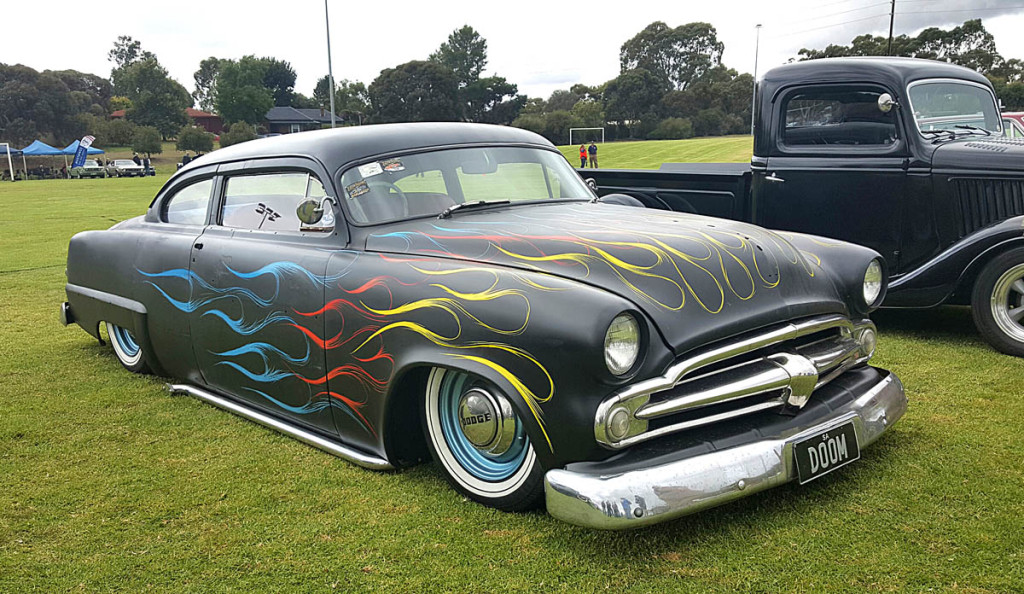 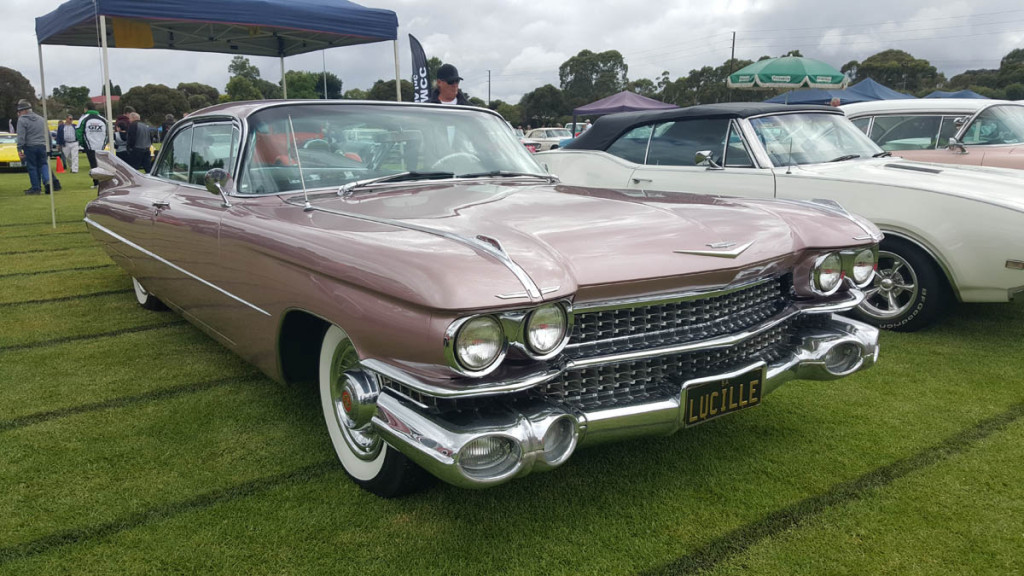 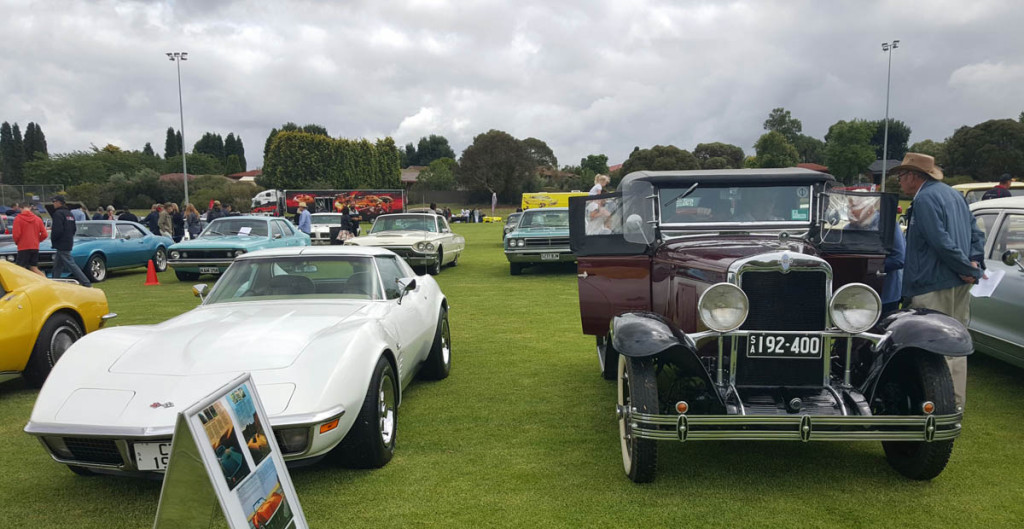 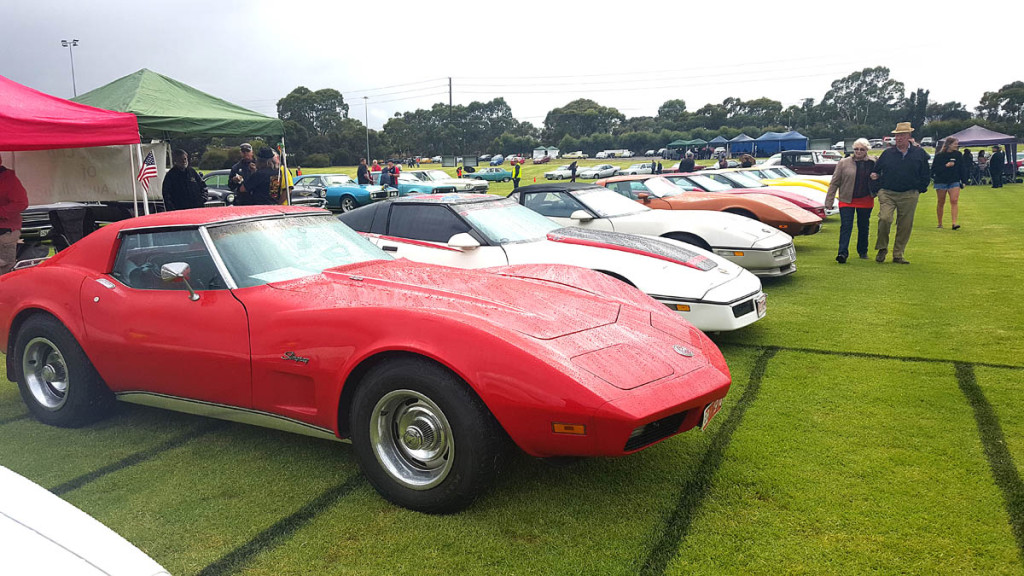 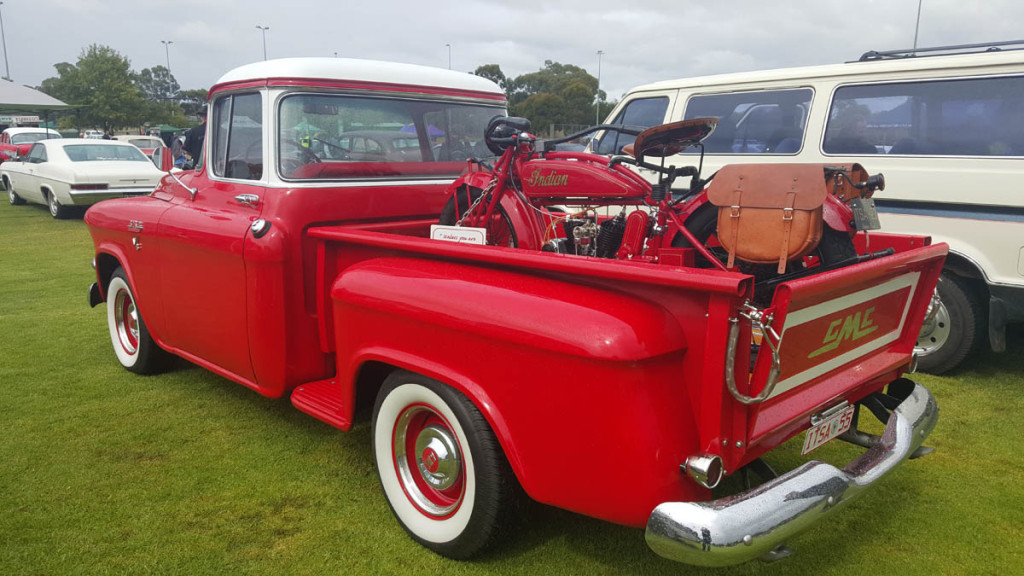